A Floridian’s Guide to Driving the Rockies in February

Having recently spent a little time in the mountains of Colorado, we thought it might be useful for our fellow Floridians to offer up some tips for driving in the Rockies in winter.  You'll find yourself in a foreign world.  It's not flat, and it's not warm.  And these two characteristics combine to create a formidable driving environment for the average native Floridian.  So, hang on tight and absorb some first-hand experience from a first-time winter mountain drive of this Floridian.


Some of the signs won’t make much sense to Floridans.  Like, “Mandatory Chain Law Ahead”.  What’s that mean?  Are the prisoners working the median?  Don’t know.  On the other hand, seems that the CDOT is quite concerned about us Floridians… signs such as “Icy Road Ahead, Reduced Speed Recommended”,  seem fully intended for us.  Certainly, no one else seems to pays much attention to them. 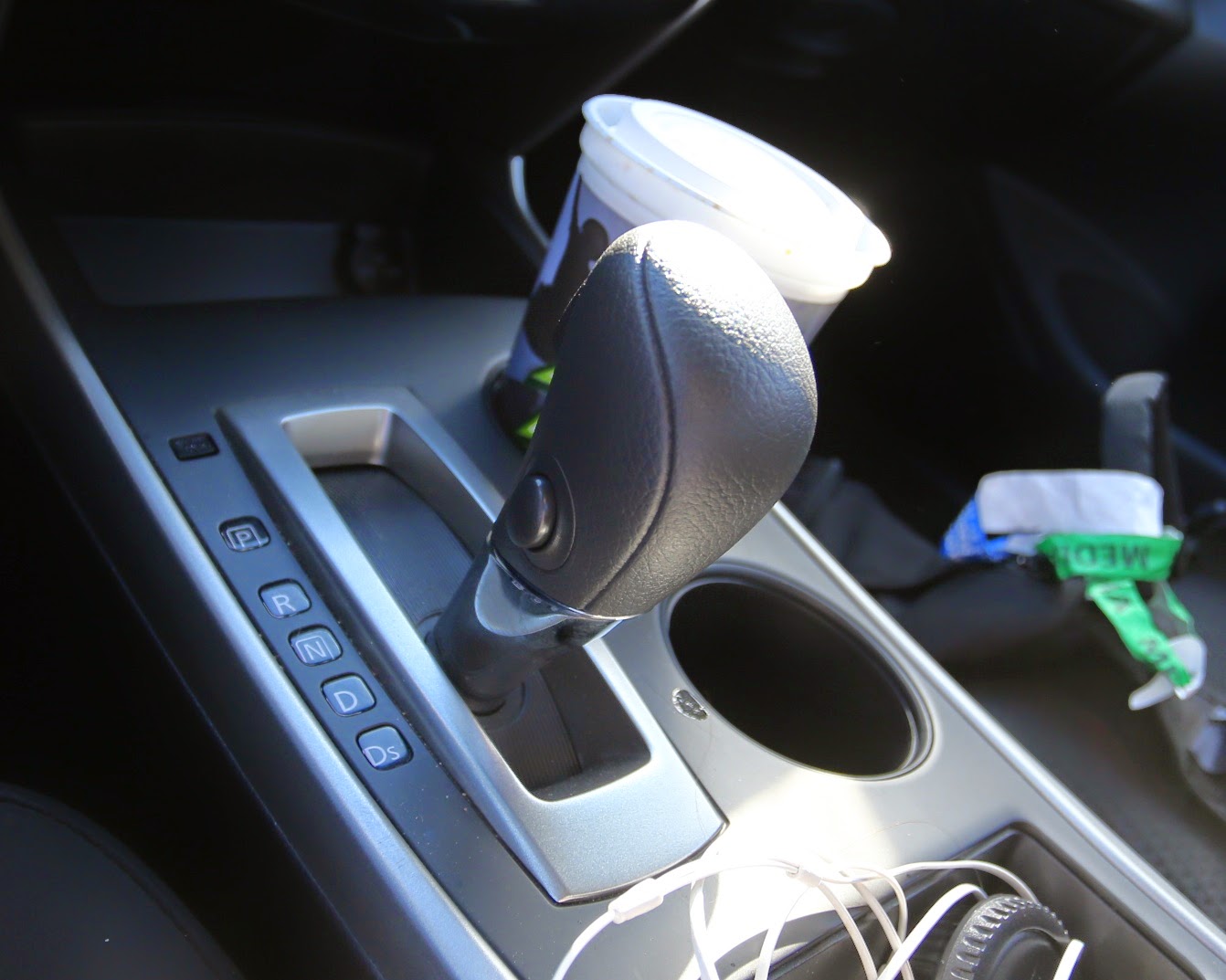 Question… When do windshield wipers not work?  Answer is obvious, right?… during an August afternoon frog-choaker on I-95, which is why all the Yankees pull over with their emergency flashers blinking madly away.   Floridians in Colorado will quickly discover there is a second answer… when the temperature is below 15 degrees and road salt/slush sprays up on the windshield and instantly freezes.  Ugh!   Tip… make double sure your windshield washer fluid is topped up with antifreeze washing fluid.  It's the only way you'll make it down the mountain without stopping every two miles to scrape the windshield clean.

If at all possible, avoid driving directly into the sun.  You think it’s bad driving east on I-10 in the morning?  Try painting the road, the trees, the signs and everything else in front of you bright glossy white and on top of that, smearing a layer of bacon grease on your windshield.  That's about the same effect. 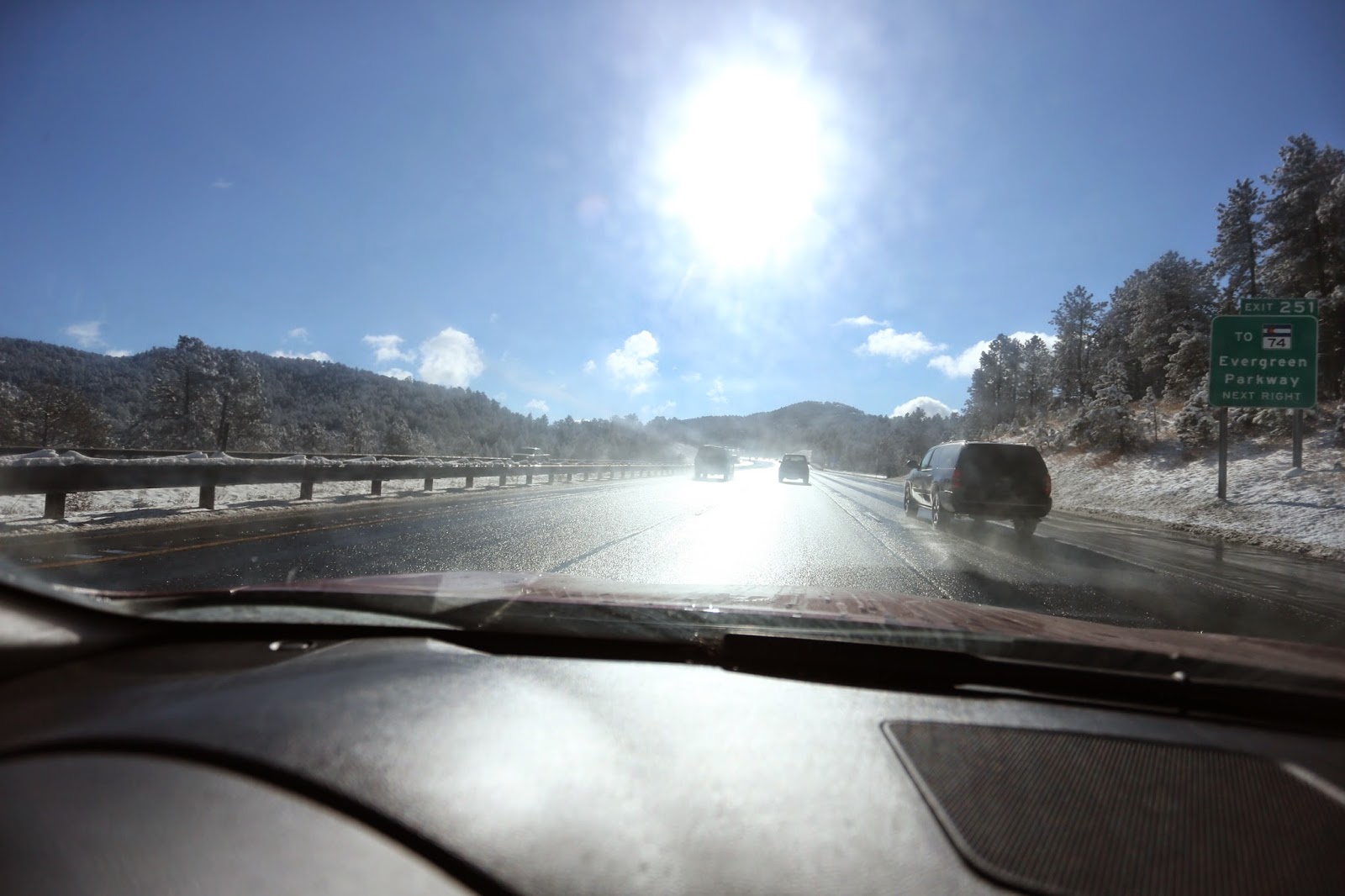 Crossing the mush line in the middle of the highway is somewhat like crossing the boat wake for the first time when you were a kid learning how to water ski.  It’s dadgum scary!  But, hey… other people are doing it, so it must be possible.  Just hold on tight to the steering wheel and don’t get stuck straddling the middle like you did on the boat wake.

Lane markings are absolutely meaningless.  You’ll only catch an occasional glimpse of one anyway.  Even though it’s a highway, just treat it like a dirt road and stay in the ruts.  And if you have an emergency, good luck finding the emergency lane. 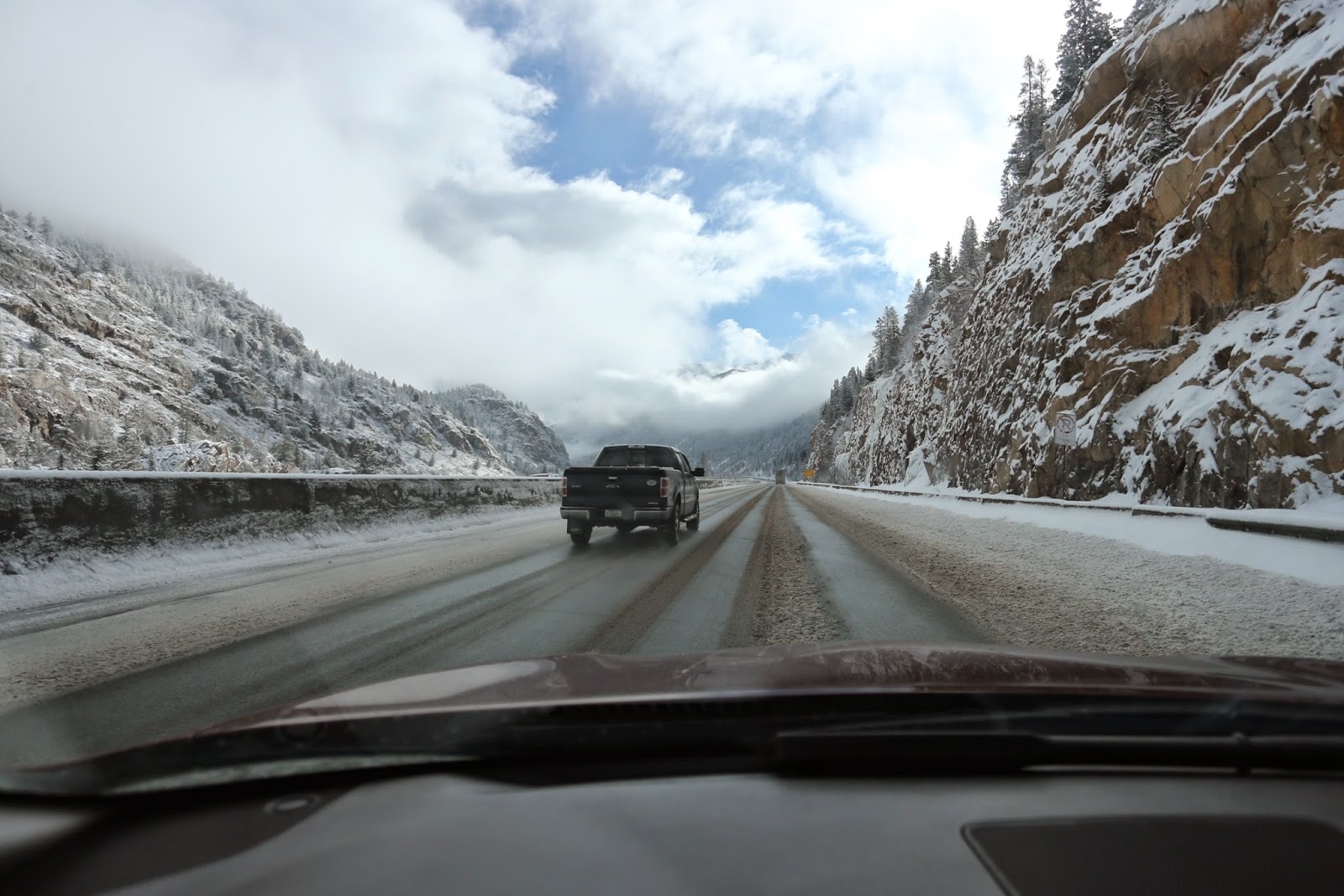 The little balls of gray littering the highway are not dead possums and armadillos.  In fact, if you go for the satisfying double squash like back home, you’re in for a rude surprise.  Those are balls of chain thrown from truck tires and they’ll make quite a ruckus if you nail them.

My daughter calls these "Evil Snow Killers", but in reality, they're your best friend.  If it gets really bad, just pull over and wait for one of these guys to wander by with their little blinking lights.  Then tuck in behind him and follow him all the way down.  Sometimes it's the only way. 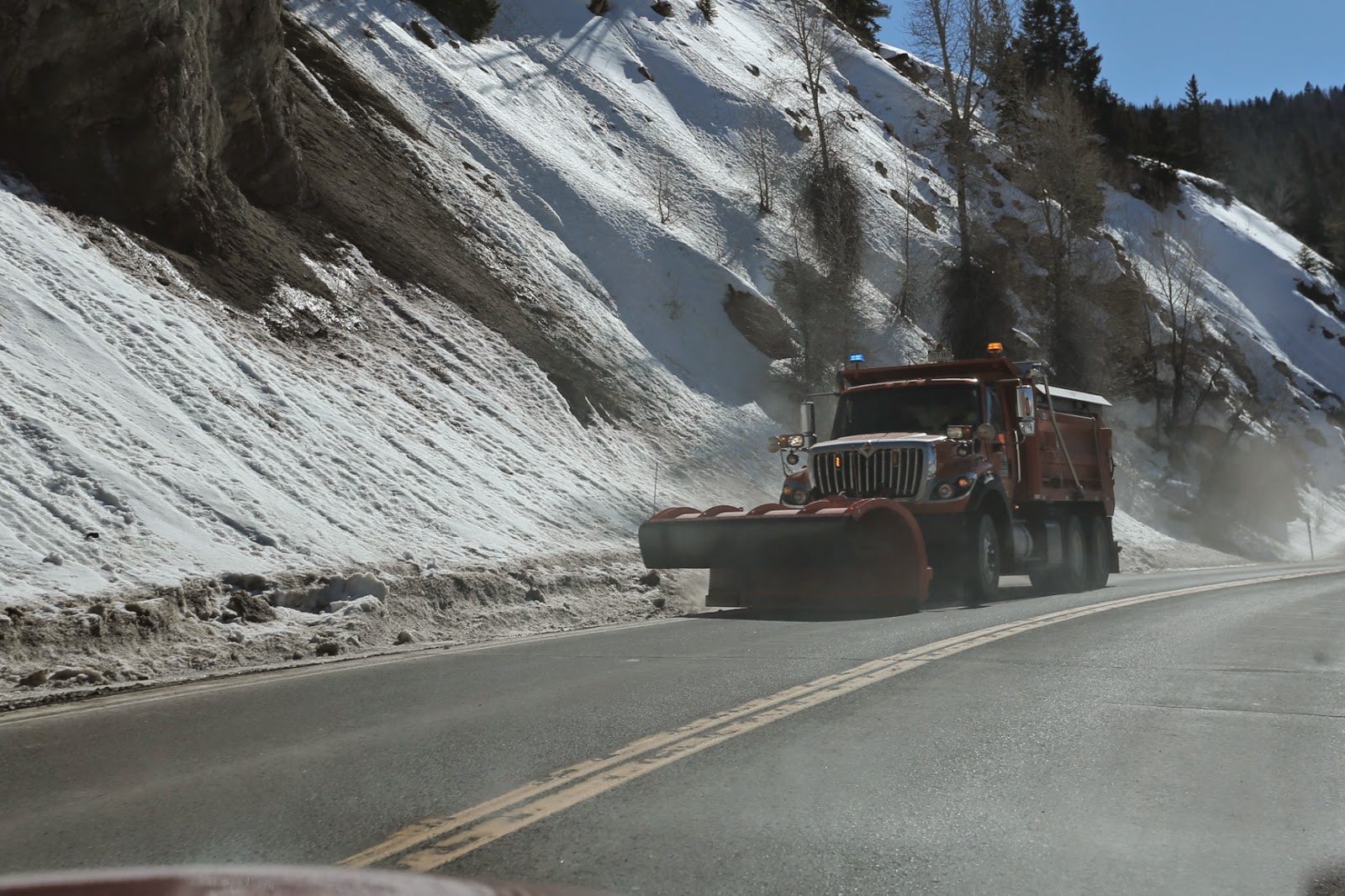 Well... we hope this has been a useful article for you Floridians considering a trip out west during the winter.  Prepare!  Take your long johns, and bring a friend to pry your white fingers off the steering wheel when you get to the bottom of the mountain.  Have fun!