This is the final part of a three part series on our favorite pics of the 2014 Football Season.  Hope you've enjoyed the series.  You can see more of our favs in the Football Favorites gallery on wlpearce.com.  And you can click on the game headings in this and the previous two articles to see photos from the individual games.

Wet! Wet! Wet!   Didn't dampen the enthusiasm though.  Here are passer and receiver in the same frame.  Jameis Winston throwing to his favorite target Rashad Greene on the slant. 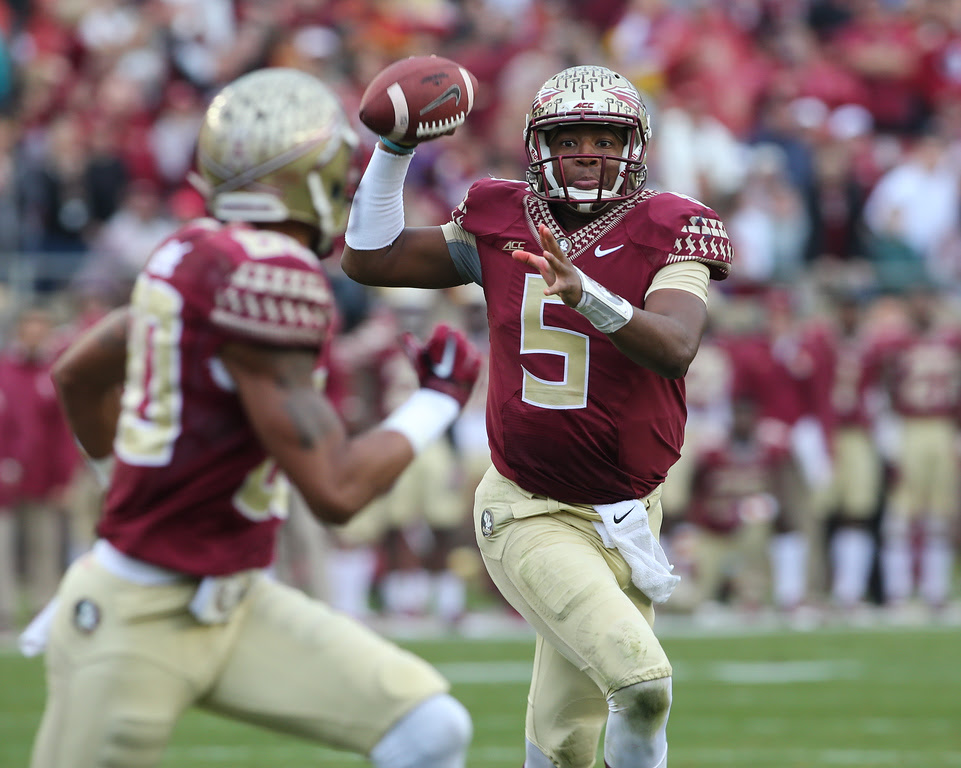 And 2014 Mackey Award winner Nick O'Leary slogging through the downpour for positive yards. 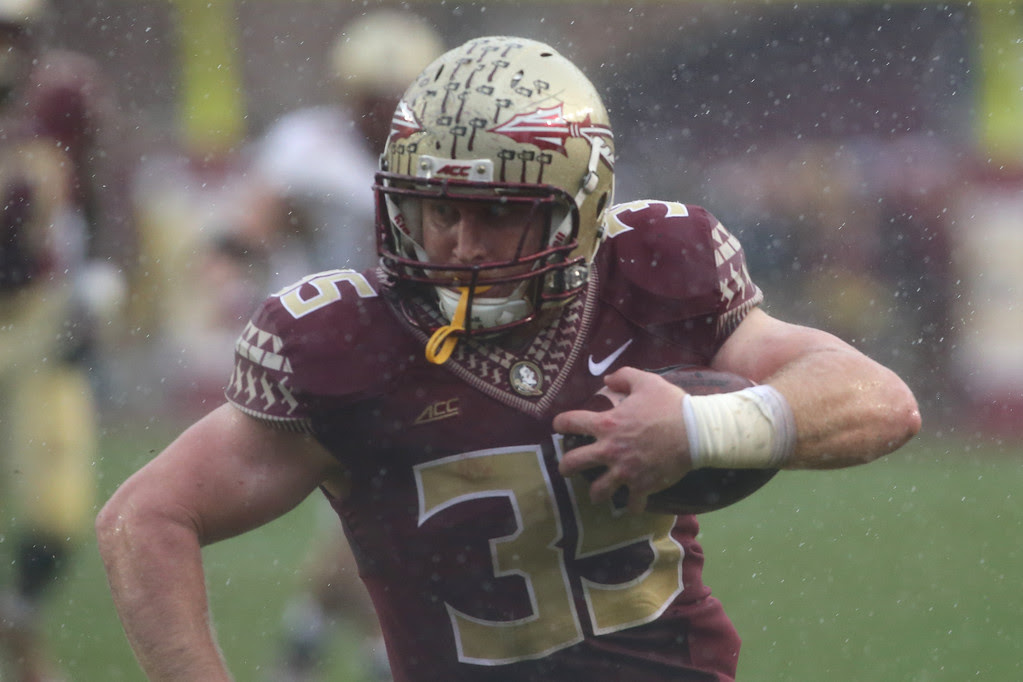 DeMarcus Walker hails from our home town of Jacksonville, a product of Sandlewood High.  DeMarcus is fixing to plant the BC running back in the soggy turf. 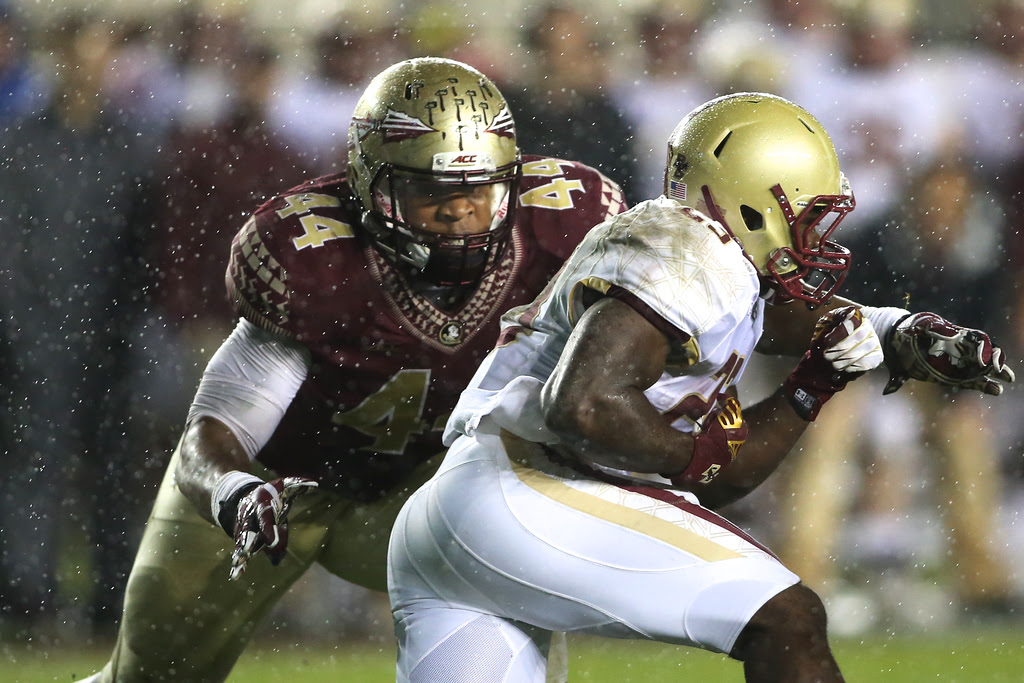 Check out the three-handed monster getting up high to block the field goal attempt. 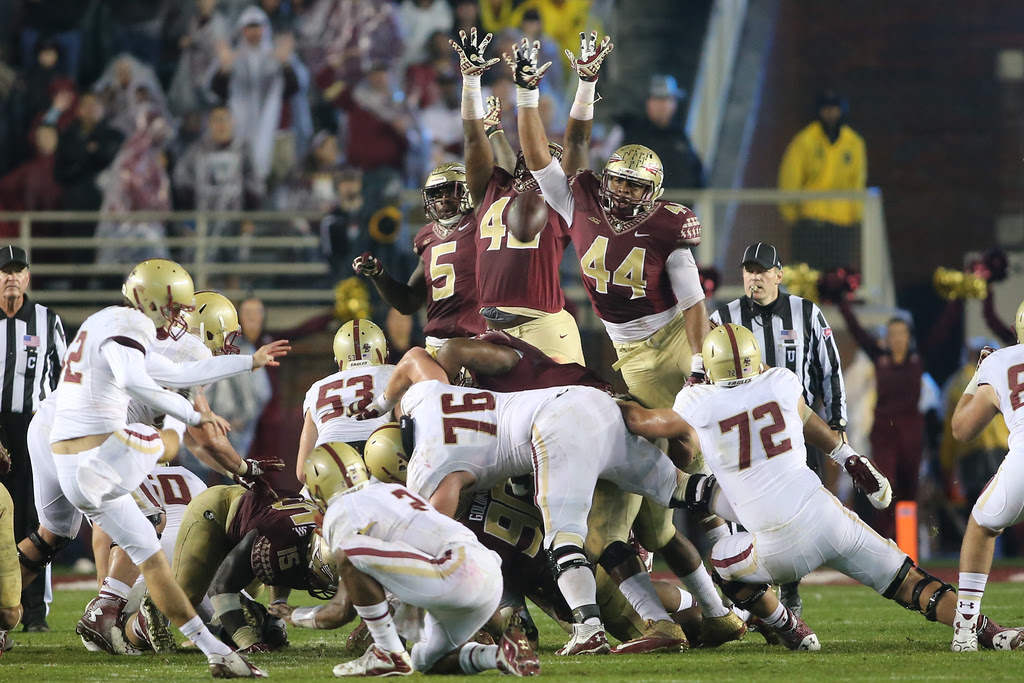 As usual, the Florida / Florida State game was a rich source of great photo opportunities.  It's always encouraging to see the coaches and players from the state that have formed warm relationships through the years, regardless of what colors they happen to be wearing. 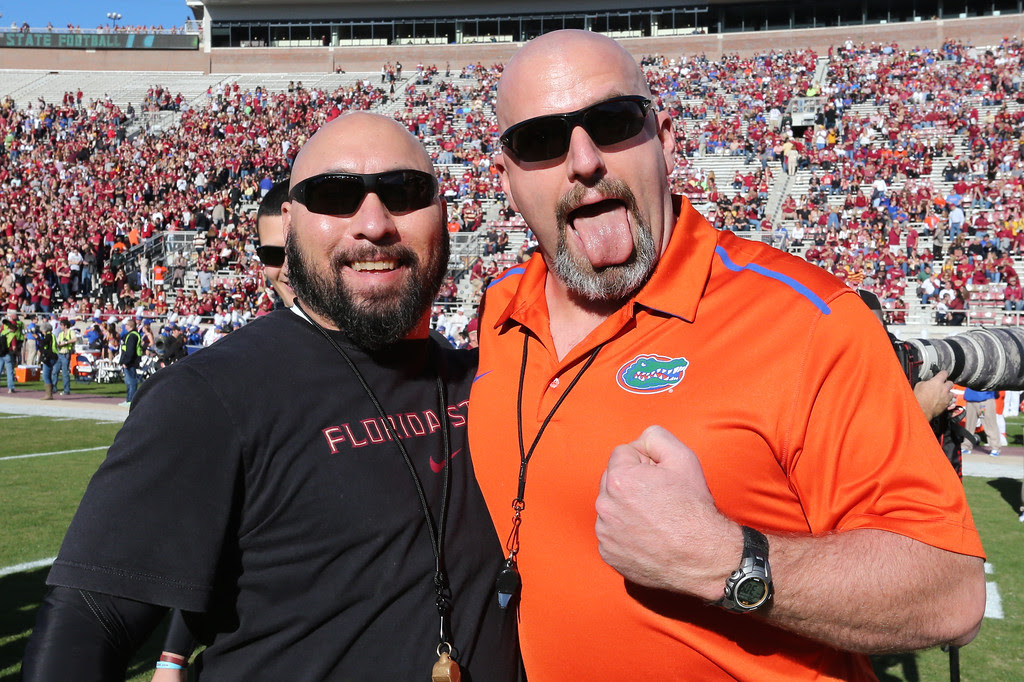 2013 Lou Groza award winner (and many say should have been the 2014 winner as well) Roberto Aquayo warms up before the game.  If you pay close attention, that's the Seminole logo that's he's kicking from... you know... mid-field.  That's about the 46 yard line, which means Roberto is bustin' out 56 yard field goals in warm-ups.  He's as automatica as Gramatica, and has a canon as big as FSU alum Janakowski.  He'll go far. 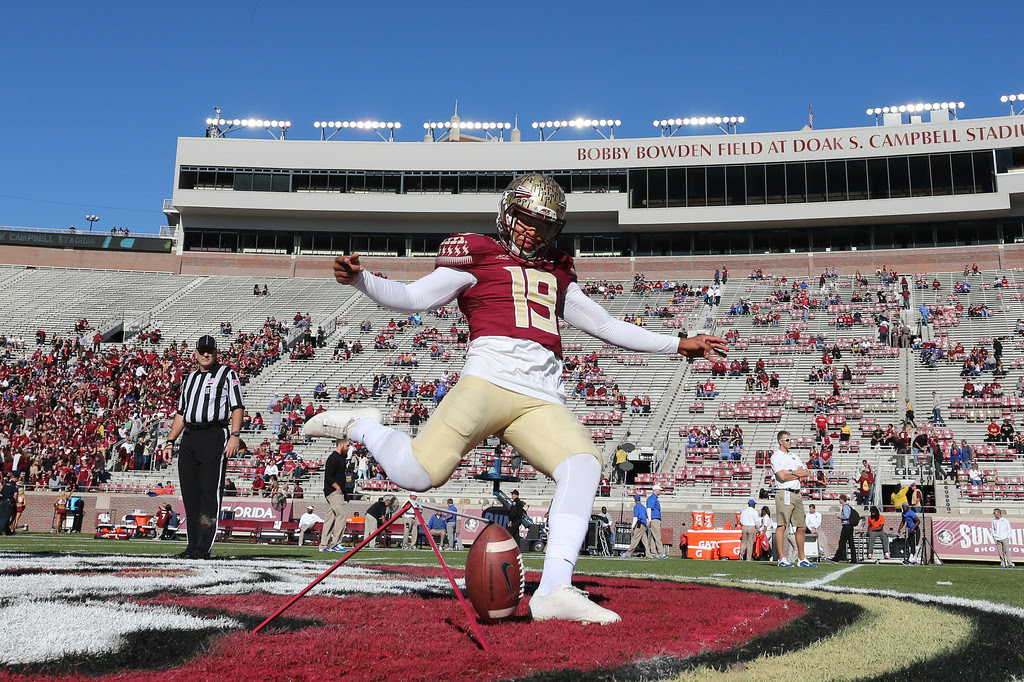 FSU is going to miss Nick O'Leary next year, but some team is going to get a top notch Tight End! 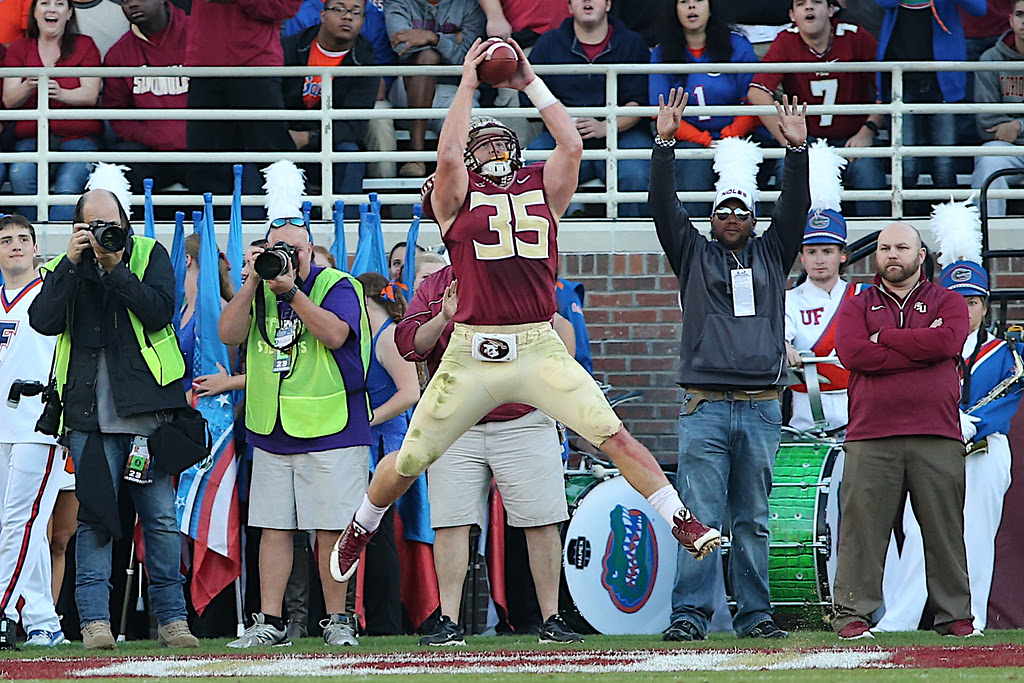 Dalvin Cook continued his impressive roll through the latter half of the schedule against Florida.  Don't forget... true freshman.  Looking forward to seeing what this young man is capable of in the coming years! 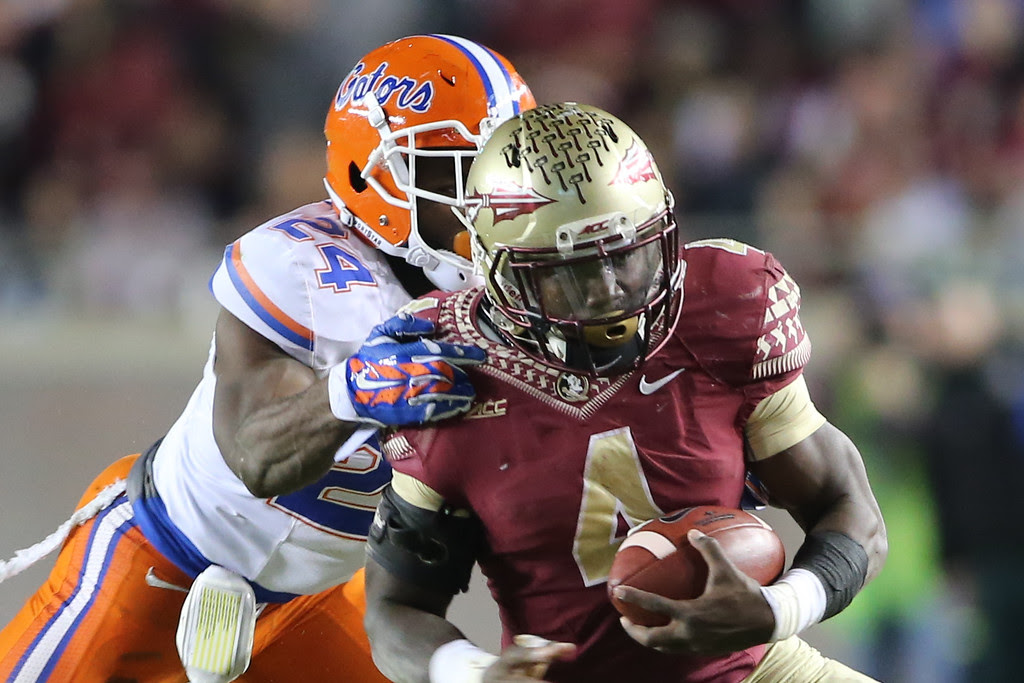 We just LOVE this photo.  The play was pretty cool too.  How Quincy Wilson came down with this ball in his hands, I'll never know.  What an interception! 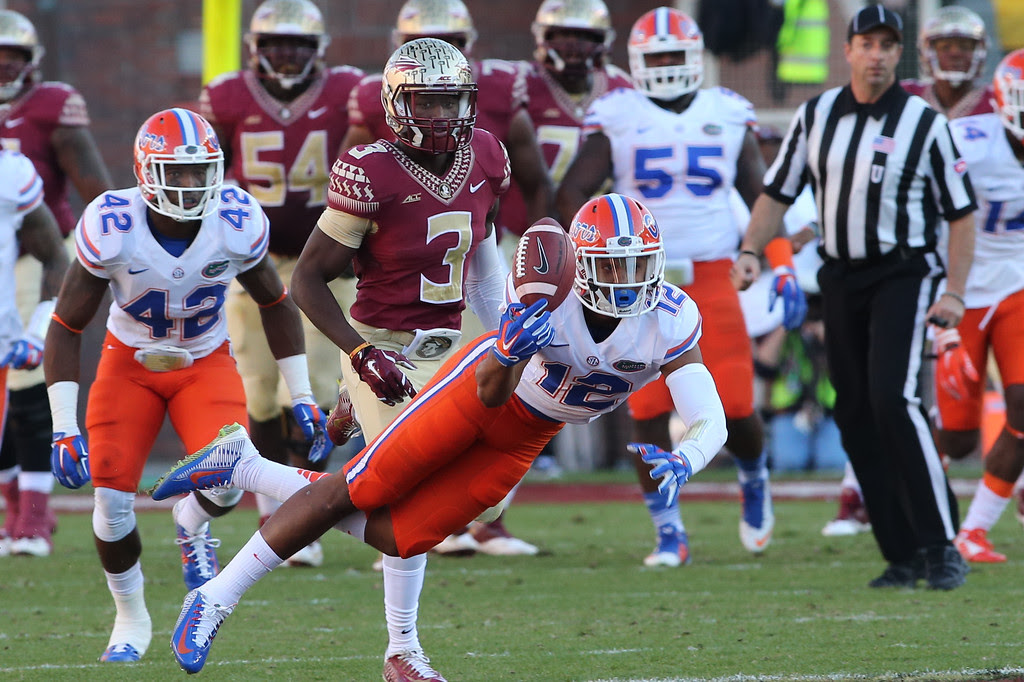 And this is perhaps the best photo of the season for us.  Jalen Ramsey laid out for the pick-off attempt and stole the ball right out of Brandon Powell's hands!  Jalen had a wonderful second half of the year.  He'll be a player next year, and hopefully the year after too. 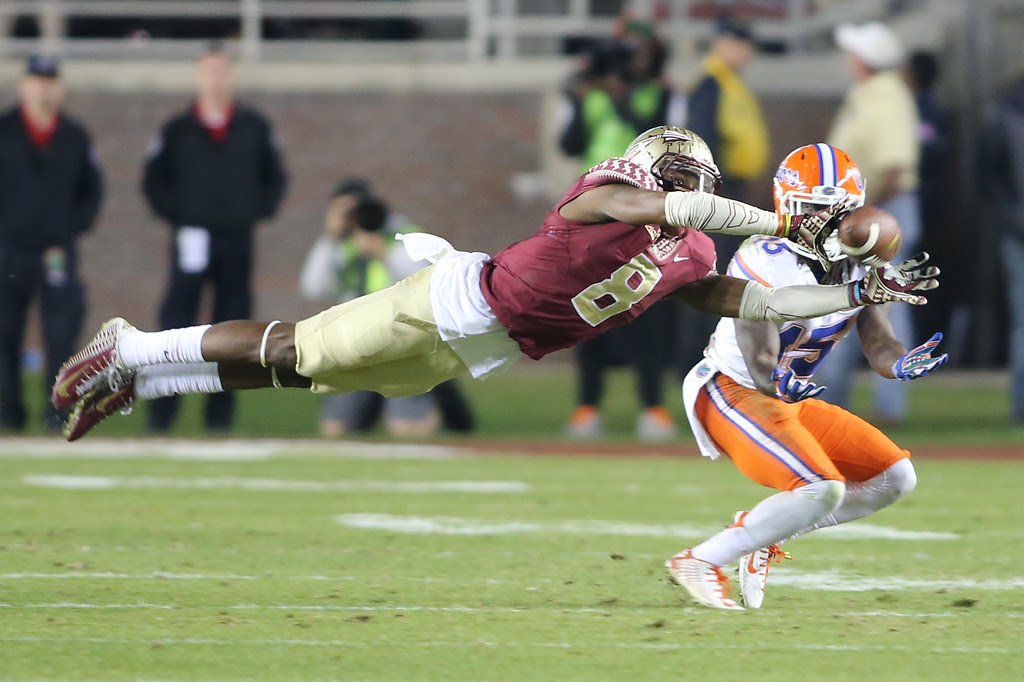 The ACC Championship Game was played at Bank of America Stadium in Charlotte, the Panther's home base.  If only every stadium had as wonderful lighting as this one!  Wow.

Dalvin Cook continued his crescendo on the season with a peak performance against Georgia Tech.  What a game for Dalvin.  He was easily the MVP. 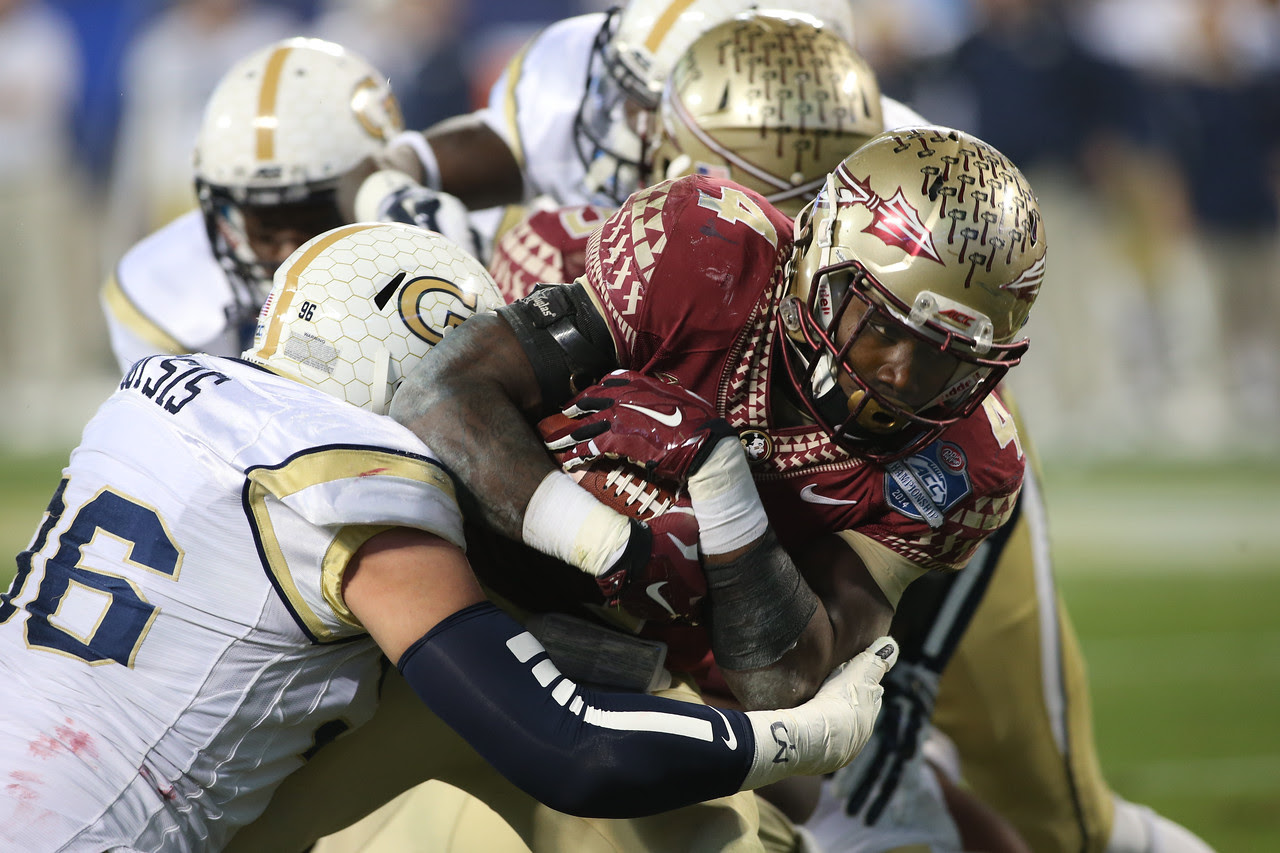 Earlier in the season, Cameron Erving was moved from his spot at Offensive Tackle to fill the Center position.  FSU was sorely missing Bryan Stork this year after his graduation to the Patriots, and had been searching for a viable replacement.  Cameron stepped up to the plate in a big way (306lbs worth of way). 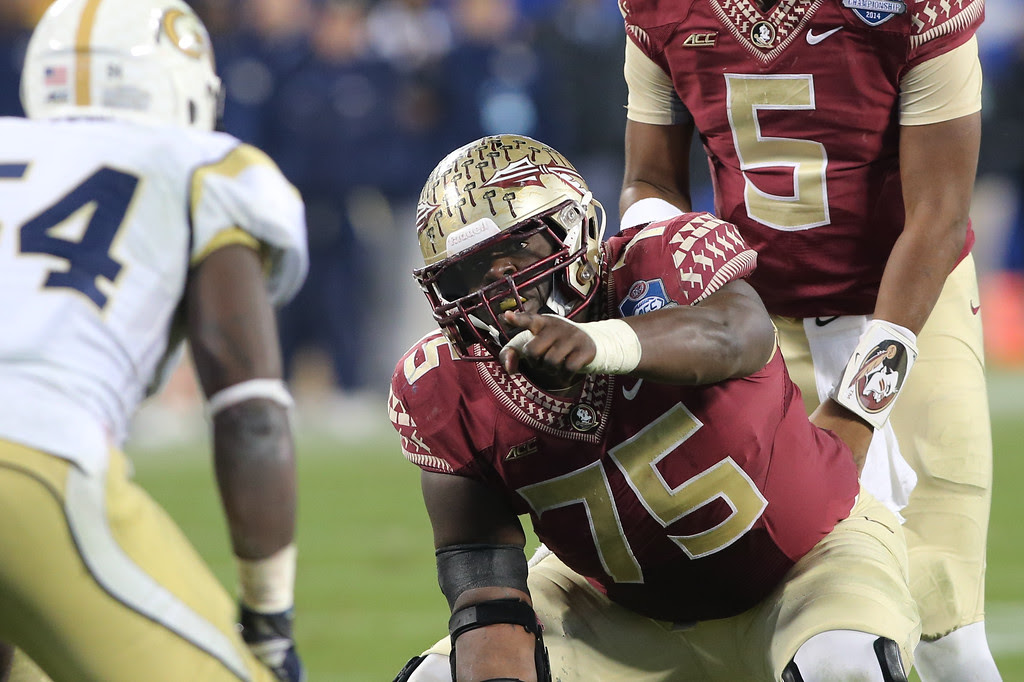 Rashad Greene and Nick O'Leary had fun in the last ACC game of their careers. 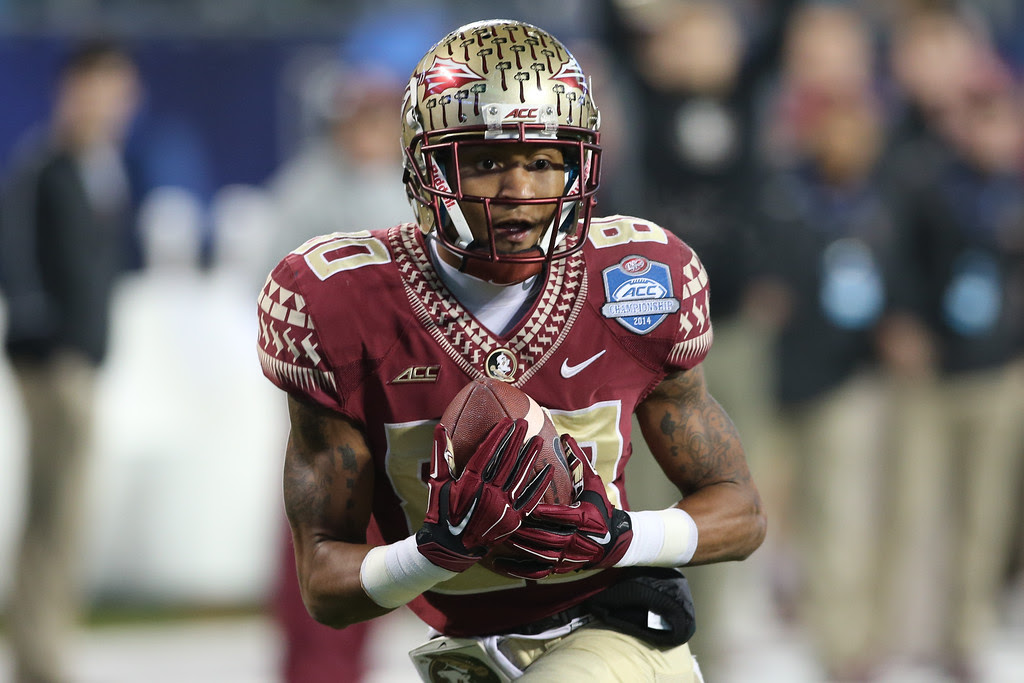 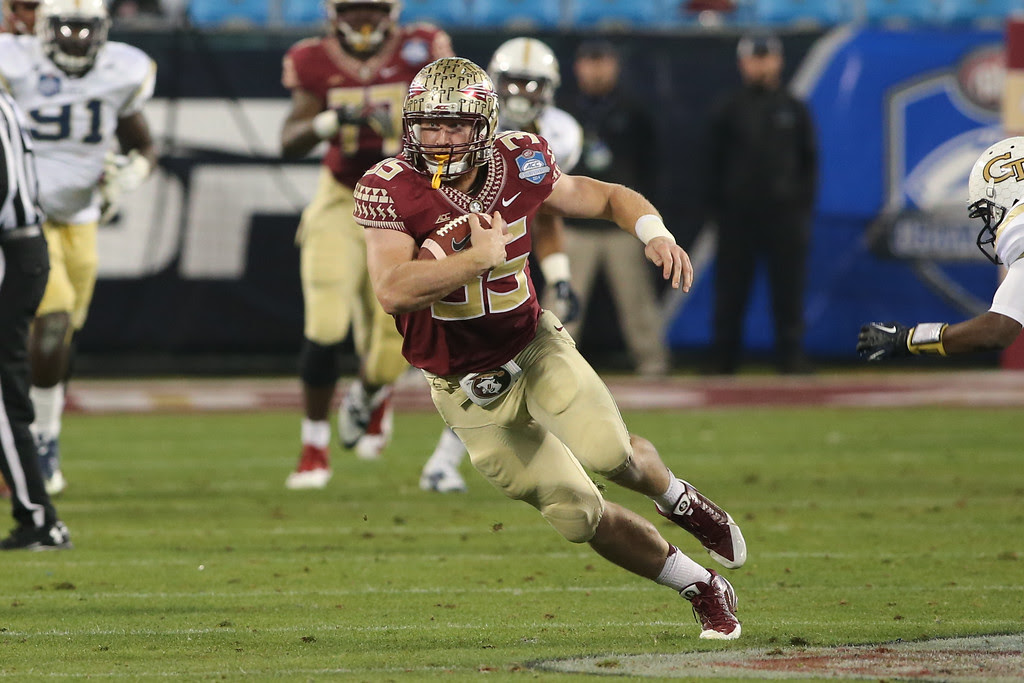 In the end, Jimbo was able to raise his hands in victory in almost exactly the same pose as last year.  This shot appeared on Seminoles.com with the winning article. 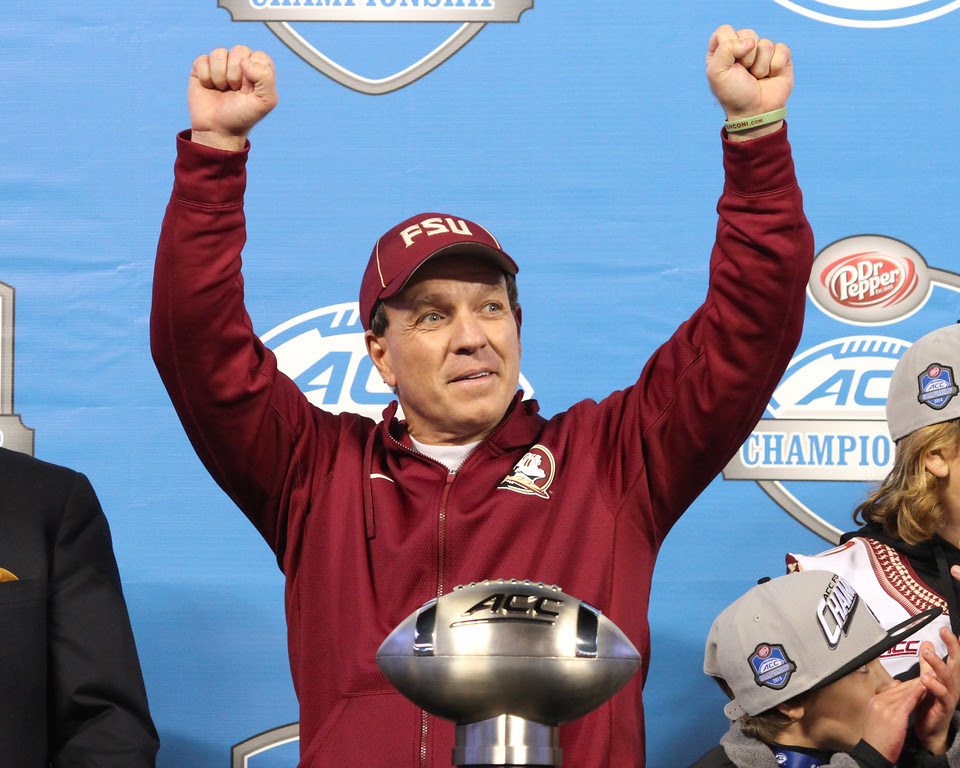